A BID is a business-led and business funded body formed to improve a defined commercial area.

Formed by and for all the businesses in the area including retail, hospitality, and professional services, it gives local businesses an opportunity to control the development of their 'business district.' Businesses within the defined commercial area pay a levy, which in turn creates a significant budget that the BID organisation spends solely on improving the area.

The improvements made by a BID are determined by businesses and can include core services such as additional cleansing and security or more wide-ranging projects such as recycling, business support, improved infrastructure, joint purchasing, area branding and promotion.

This principle of "additionality" is key to all BIDs who are self-sufficient and work alongside Local Authorities and other Statutory groups (Police, Health, Community etc.) through contracted agreements. This means that the BID budget is ring fenced and can only be spent on BID activities (monitored and managed by a Board elected from the membership) over and above the statutory services provided locally.

Background of a BID

BIDs were first established in Canada and the US in the 1970s and now exist across the globe, including South Africa, Germany, Japan, New Zealand and Australia.

They have been operating across the UK since 2002 and there are now well over 300 BIDs established around the country. Most BIDs exist in town centres but there are increasing numbers in industrial areas, as well as commercial and mixed-use locations. BIDs can run for a maximum of 5 years before they need to seek renewal through a ballot of their constituent businesses.

Central government recognise the importance of BIDs in representing the business community at local, regional, and national level which supports partnership working, particularly with Local Authorities. However, all BIDs are non-political and work only in the best interests of their levy payers.

A Business Plan must be agreed by the balloted businesses that sets out the projects and priorities for improvements in the area, as well as how the BID will be managed and operated. This plan is what the BID management must deliver and report against to prove the success of the BID in achieving the objectives set during the planning phase.

Officially launched in February 2019, our initial priority was to recruit and train our “Town Ambassadors” - a team who are available seven days a week to support businesses, customers, and visitors. Acting as the first “point of contact” they are the eyes and ears of the BID within the town centre. Working alongside their colleagues from other establishments they provide advice, give feedback and report on any issues within the business district to the relevant organisation for resolution.

We have distilled the business plan priorities into some clear and simple objectives for both the Ambassadors and the management team to follow:

Romford should be clean, green, safe, and accessible - we will collaborate with key partners to enhance and complement their work in delivering these functions.

The BID must be "local & vocal", primarily representing the views of business but also recognising the input of customers, and visitors. We will actively lobby Local Authorities and other statutory bodies about the issues and challenges facing Romford town centre.

"Additionality" means that we aim to deliver more customers, more often, spending more, to our members 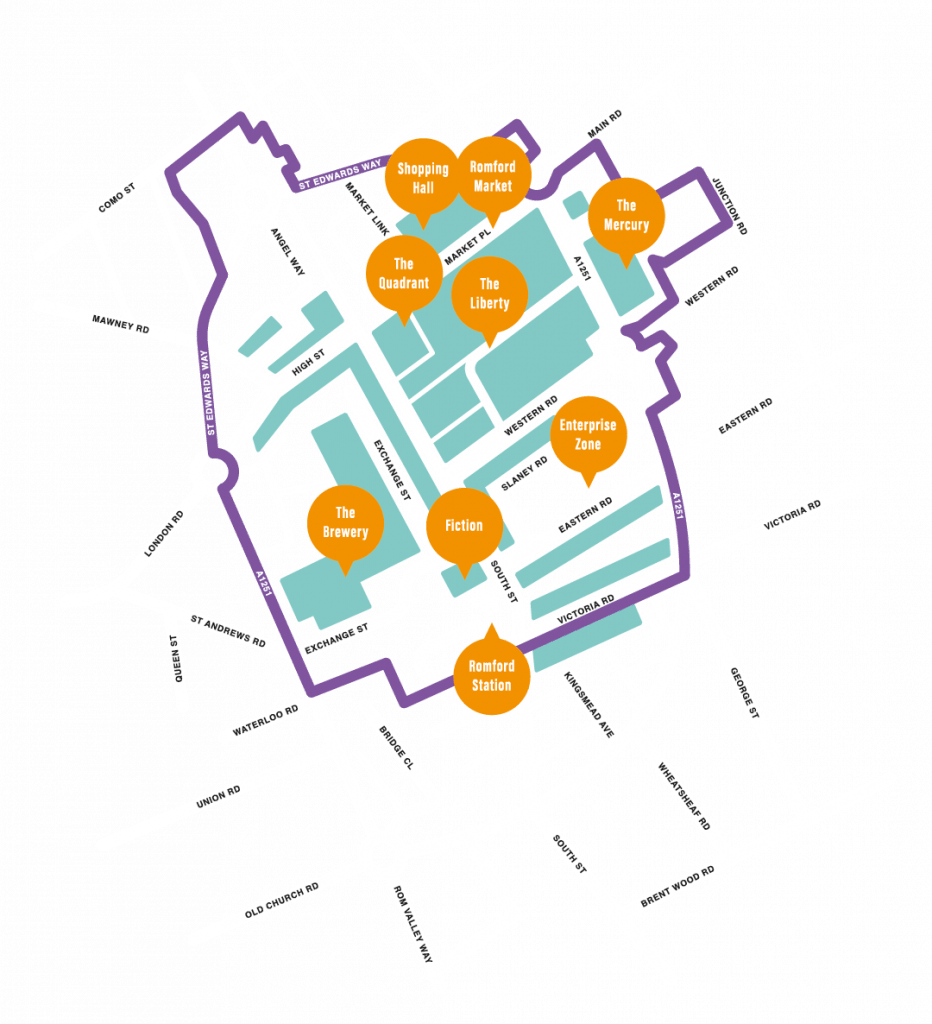